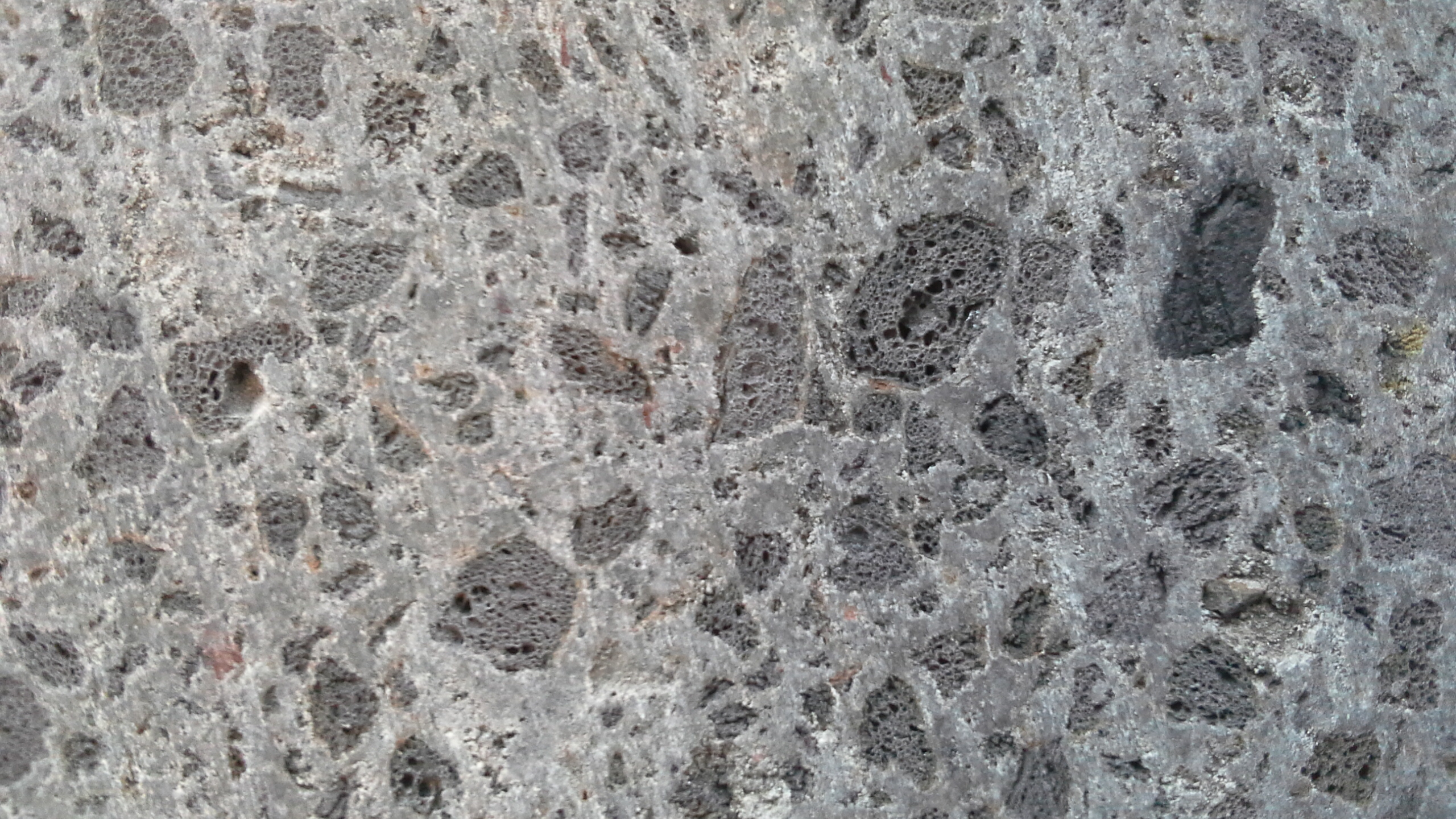 Late last year, a major communications company in Ireland commenced a major expansion of their office space. This also entailed the construction of several bespoke canteen areas. The canteen floors consisted of pre-cast tiles with an appearance very much like that of volcanic rock. These tiles formed part of the suspended floor within the building. Within several months, a problem did arise.  The precast tiles were textured and had a large degree or surface porosity. If was found that in certain areas within the canteen, particularly around coffee machines and the exits from the canteen, there was a heavy stain build-up. We were contacted by the maintenance company with a view of finding a solution to the problem. We viewed the floors in question and luckily, we were able to remove one tile from the floor and we were given a spare tile which had not been used.

Under microscopic examination, we could see that the tiles had hundreds of microscopic pores on the surface, which were dirt traps! Working with the maintenance company, we were given samples of the four materials which they felt, caused the greatest staining. These were orange juice, cola, coffee & coffee grounds. There was an urgent need to develop a coating which would withstand immense foot traffic and could be easily cleaned and maintained. Our Research Laboratory had to work within some very tight formulating parameters. As an example, the coating must be solvent free, odourless, plasticiser free and dry within one hour. The stain repellence & ease of maintenance were also key performance requirements. We were given samples of the four products causing the greatest staining issue. We developed four products and subjected them to Stain Repellence  Tests in accordance with ASTM D5324- Type 3 (Testing Waterbased Architectural Coatings- Waterbased Floor Coatings). The best results were obtained by using a two coat system. DP 432 was a penetration primer which sealed the pores on the surface of the floor. DP 438 was the decorative topcoat.The maintenance company approved DP 432 / DP 438 system as offering the best performance. Over the course of several weekends, the entire floor areas of all of the canteens was primed first & the top coat applied the next evening. Over 700 lts of product was used through the building.

The requirements were very specific but as Irelands leading research based manufacturer, it was all in a days work for us!