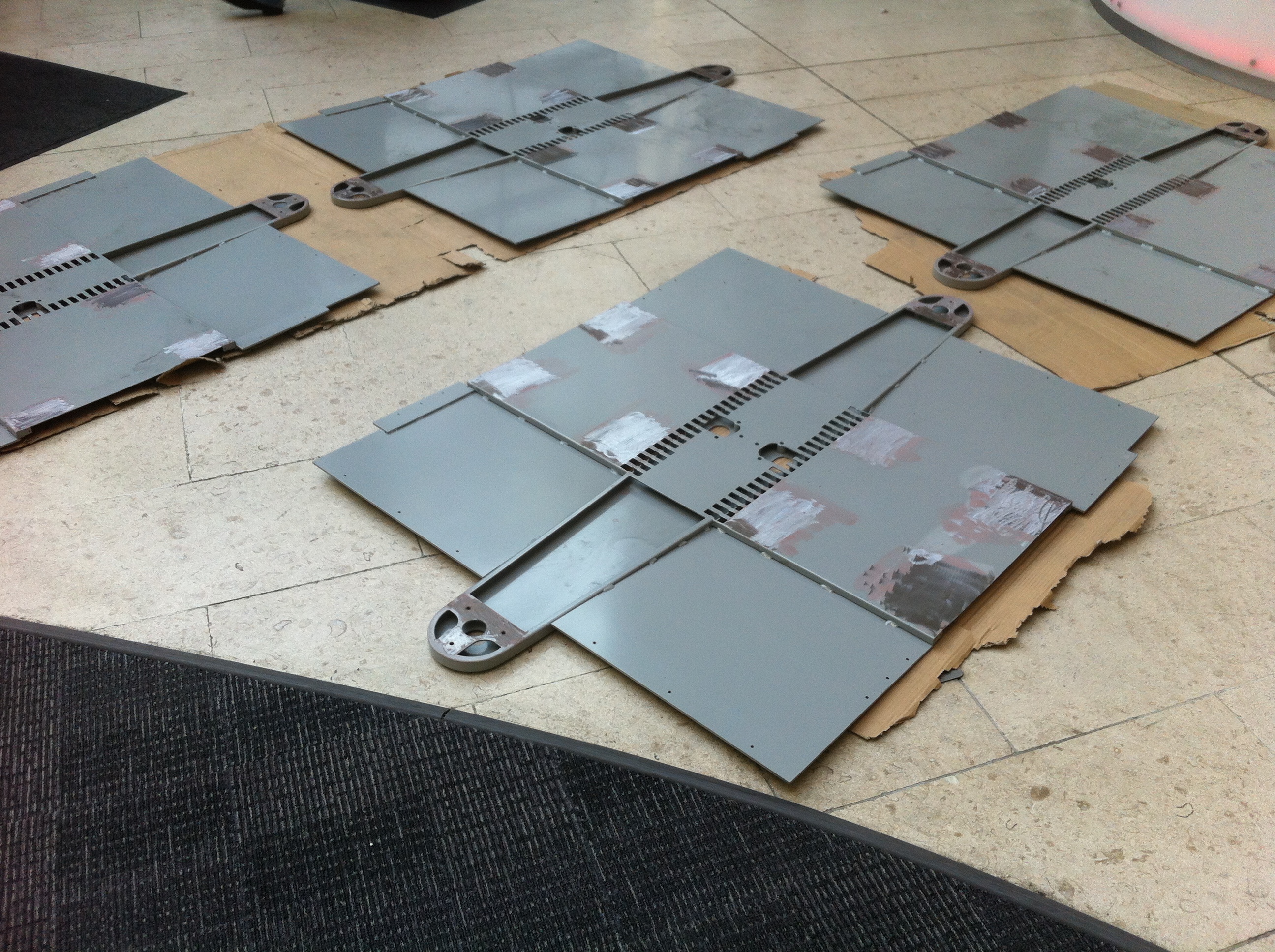 Gluing metal doesn’t have to be a headache. Some time ago, we were contacted by the maintenance company who look after Vodafone Ireland’s head office in Leopardstown, Dublin. They had a unique application. Vodafone had decided to erect speed gates at the main reception of the building. These gates would allow controlled uniform access for employees, contractors & visitors. The gates would sit on a tiled floor.

The foot plates of these speed gates are normally bolted onto a floor but due to the presence of under-floor heating pipes, this was impossible. The only way to permanently attach the foot plates to the floor was to glue them in place. Following a site visit by the Glue Guru, it was determined that the best product to use was one of our toughened two component methacrylate adhesives. By measuring the length of the steel foot plates, we could determine how long it would take to apply the adhesive. Due to the fact that the foot plates were interlocking, a very long working time methacrylate would be needed so the job fell to our Scigrip SG300-15 adhesive.

This 10 : 1 mixing ratio adhesive has a working time of 15 minutes and produces structural joints of extreme toughness. It’s adhesion to metal and ceramic surfaces is second to none.

For a belt and braces job, we advised that the powder coating on the foot plates should be removed. This was done earlier in the process.

The first job was to clean the areas to be bonded and this was accomplished by the use of our X-35 metal degreaser. The next job was to prime the metal. Although Scigrip SG300-15  is a primerless metal bonder, again for belt and braces, the Guru suggested Scigrip MP-100 metal primer. MP-100 metal primer etches the metal surface & makes it more receptive to adhesive. The metal primer is simply applied using a brush. The primer reacts with the metal, changing colour thus allowing the applicator know that the area has indeed been primed.

The next job to do was to mark out the tiles floor to be sure that the speed gates were in the right place! Contractors applied a 100g blob of adhesive onto the sanded & primed areas of the footplates. Contractors  next placed wooden blocks around the marked area and placed the foot plates on the blocks, thus allowing a 15 cm gap to apply the adhesive on the underside of the footplate.

The adhesive was applied very slowly, avoiding unsightly build-ups. Due to Scigrip’s SG300-15 unique non drip characteristic, the adhesive remained on the underside of the foot plate.

From specification of an adhesive, right through to the completion of the job, we are there from start to finish.